Nigerian rapper, Blaqbonez has assured fans that there is no cause for alarm as Wizkid is doing fine.

You would recall that Wizkid who has over 8 million followers on Instagram took down all his pictures on the social media platform. The reason for this bold action was not revealed and fans have expressed their concerns about the move.

READ ALSO:   2Baba Unveils Pictures Of His Mother (Check Out)

However, Blaqbonez took to his Twitter page to reveal his conversation with Wizkid confirming that the singer is alright and there is no cause for alarm.

As seen in the chat, he asked the “Fever” singer not to respond to his message if he is having a swell time and with no reaction, he was able to deduce that he is doing just fine. 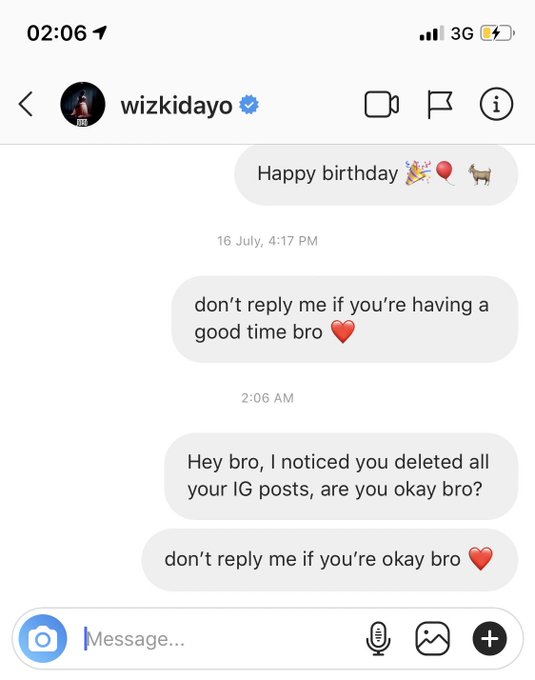